I’ve visited the old Vernon Carus site a fair few times over the years with it being relatively close to me. The mill has now been cleared of all the remaining machinery and parts of it have been demolished. Before it was cleared the site was like a maze with quite a lot of the bigger, older machines left behind. I’ve visited with various people over the years but the last visit with the drone was on my own. I wanted some shots of the remaining parts of the mill from the air. As far as I know there are no plans of what will be done with the remaining parts of the mill.

In 1785, John Watson built Penwortham Mill on Factory Lane. This was a textile factory which included weaving and fabric production. The factory was originally powered by water running off a stream that fed into the River Ribble.
Owners of large textile mills purchased large numbers of children from workhouses and orphanages. This happened in all the larger towns and cities, including London. By the late 1790s, about a third of the workers in the cotton industry were children and known as pauper apprentices.

Penwortham Mill was purchased by Vernon Carus in 1915 and specialized in the manufacture of surgical lint. Surgical Lint was in massive demand during the First World War. This was the first surgical dressing to be commercially manufactured in the UK. When the mill was founded, Lancashire was the worlds centre for weaving and fabric production.

The mill closed in 2006 after the Vernon Carus relocated to new premises on the Matrix Business Park near Leyland. Most of the equipment was taken with them to their new site. 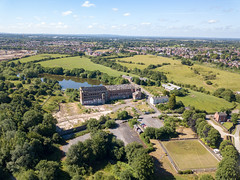 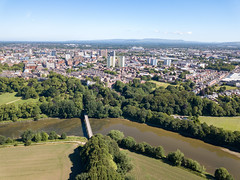 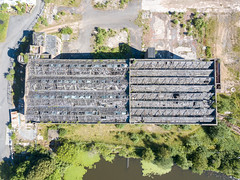 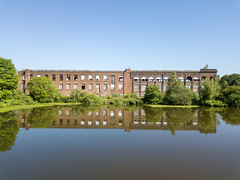 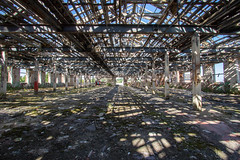 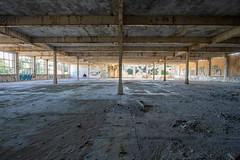 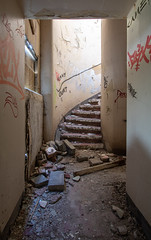 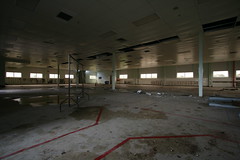 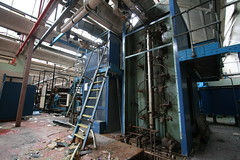 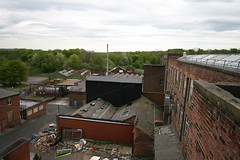