I have visited Southport Grand a few times over the past 4 years.Over that time I have seen it get a bit better (the hole in the roof got fixed) and it get a lot worse(floors collapsing with rot). There are no plans to reuse Southport Grand at the moment so its just left to get a lot worse. The bingo hall is pitch black and a nightmare to light paint, the dark blue and brown colours of the room absorb so much light from the torches.

History:- Originally This Grade II listed building was constructed in 1923 as a garage and car showroom. The building was converted into a cinema around 1938 by architect George E. Tonge. The stained glass windows are original 1938 Walt Disney characters from Snow white and the seven dwafs and quite rare. The Grand Cinema opened for business on 14th November 1938 with Arthur Tracy in “Follow Your Star”.

There were decorative grilles each side of the proscenium opening which contained the organ pipes of the Compton organ which had an illuminated console on a lift, in the centre of the orchestra pit. The organ was opened by Herbert A. Dowson. In the ceiling was a large shallow dome which had a central Art Deco style light fixture. There was a cafe provided for patrons.

The Grand Cinema closed on 2nd July 1966 with Sean Connery in “Thunderball” and Peter Cushing in “Hound of the Baskervilles”. It was then converted into an independent bingo club. Gala Bingo was the last company to operate in the building which closed on 2nd June 1999. The Grosvenor casino located on the 1st floor continued to operate for may years, until finally they relocated to a new venue on the sea front in 2013. Since then the building has sat empty and forgotten. 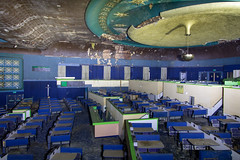 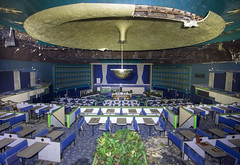 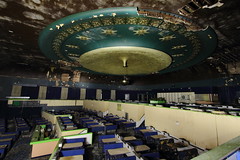 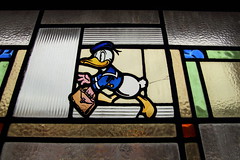 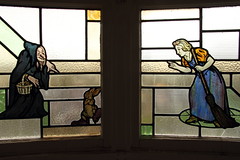 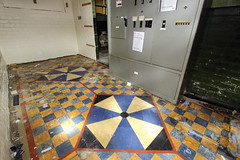 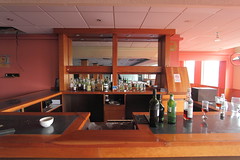 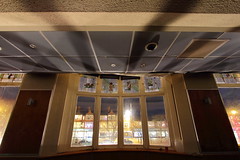 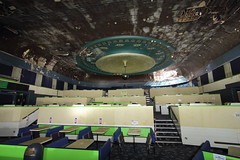 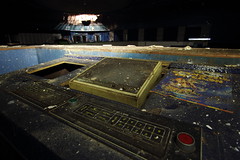