Red Sands Sea Forts which are also known as Maunsell Forts after the guy who designed them. The trip to the forts takes what seems like an age when you are as excited as I was to see them. We travelled with the charity Project Red Sands, so it was a permission trip. Going with the charity allowed us to board one of the towers and see the inside. The rooms of tower had hardly anything of interest or from its military days left. The weather got increasingly better while on the fort, but the trip was cut short by the sea getting rough. I took my drone that day but because of the metal there were connection problems and it couldn’t take off.

Part of the Thames Estuary defense network, the anti-aircraft tower-forts were constructed in 1942, with each fort consisting of a cluster of seven stilted buildings surrounding a central command tower. When operational, catwalks connected the buildings. Built on land and then transported to their watery homes. The forts were designed by Guy Maunsell, a British civil engineer, later known for innovations in concrete bridge design. Originally there were three of these forts, but only two are left standing: the Red sands sea Forts and the Shivering Sands.

After their successful wartime career, the forts were decommissioned in the 1950s. The Nore Army Fort was badly damaged by both a storm and being struck by a ship and was dismantled in 1959-60. In the 1960s and 70s, the remaining abandoned forts were famously taken over as pirate radio stations. The micro nation Principality of SeaLand occupies a nearby Navy fort of a different design known as the Roughs Tower, also built by Maunsell. All of the army forts are now abandoned.

In 2003, the Project Redsands organization was formed with the aim of protecting and possibly restoring the Redsands Fort. Red Sands was chosen over Shivering Sands due to its better state of preservation. More recently, the Shivering Sands Fort was occupied by the artist Stephen Turner for 36 days in 2005, roughly the same amount of time a WWII serviceman would have spent at the fort. He described the project as an experiment in isolation and wrote a blog and a book about the project. In 2008 The Prodigy filmed a music video at Redsands.

More photos can be seen here. 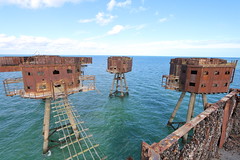 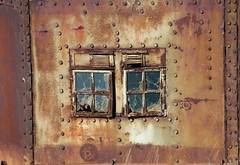 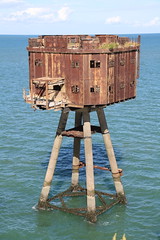 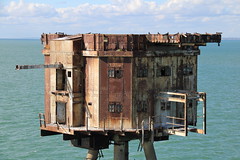 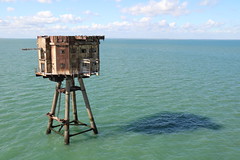 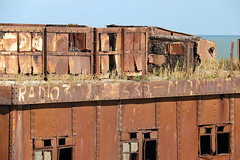 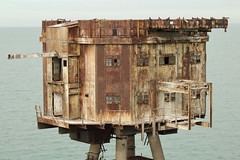 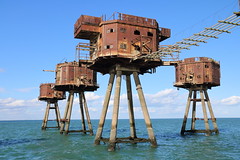