Littlewoods Liverpool was a building I always wanted to do but never got round to. I decided to give it a go and pretty much just walked straight into the building, which i never expected. only problem was a cut I got from a nail next to my eye. It was a very short visit because there was some students inside being very loud, not the sort of attention you want. First thing you notice on the upper floors is the amount of light the sky lights let in and the sheer size of the open floors.

The iconic art-deco Littlewoods Liverpool Building was completed in 1938. Its thought it was probably designed by Scottish architect Gerald de Courcey Fraser. He was a designer of a number of department stores for Lewis’s. It was the headquarters of the mighty empire built by Sir John Moores, and his brother Cecil. The country’s largest family owned business empire, covering department chain stores, catalogue shopping, and football pools. Sadly, the building has lain empty since the mid-1990’s.

The buildings further importance is highlighted by the contribution made to the war effort. When its vast internal spaces were enlisted in the national interest during WWII. At the outbreak of the war the building’s printing presses were used to print some 17 million National Registration forms in just three days. The floors of Halifax Bombers were assembled at the building as well as barrage ballons. It was also the nerve centre of MC5, the government agency that intercepted mail to break enemy codes. During the war the building was also the headquarters of the Unity Football Pools established by the government. Bomb shelters in the basement areas of the building are said to still contain artwork and graffiti on the walls dating from the 1941 Wartime Blitz and ‘Battle of the Atlantic’. 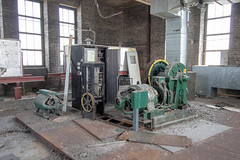 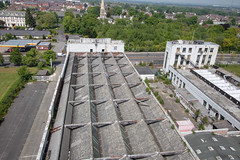 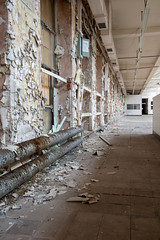 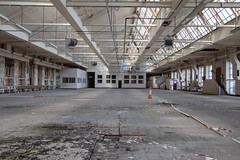 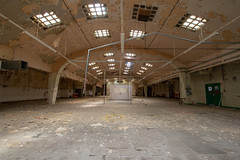 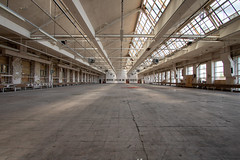 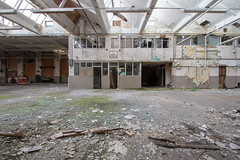 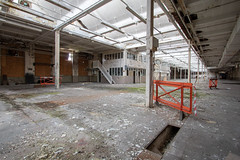 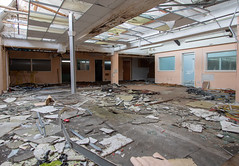