Leri Mill is just up the road from the previous mill I posted (Celuan Mill). When in the area both have to be done. This one has a little less in it than the other mill but its more fun getting to it, walking the tree over the river adds to the fun of this one.

Leri Mills was one of Ceredigions first woolen mills. It was built from around 1809 consisting of several buildings; two tweed mills, a spinning and carding shed, a wool / washing shed, a dye shed and a craft shop.

Initially the tweed was sold locally to farmers and miners but for at least the last thirty years of operation the mill was open to the public, with demonstrations of all of the processes on view, and most importantly a shop that sold tweed, garthen (a tapestry used as a bed covering), rugs and postcards.

Sadly the mill finally stopped trading in April 1981 and was initially put on the market for £150,000.
A buyer wasn’t found and the mill remains in the family that ran it from at least 1950. 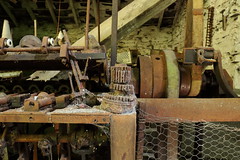 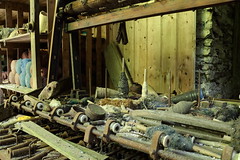 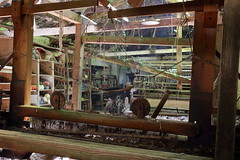 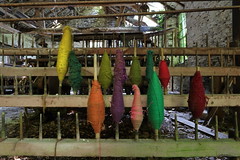 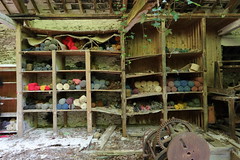 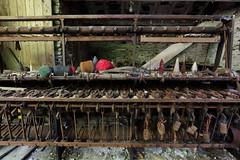 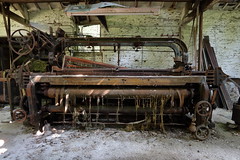 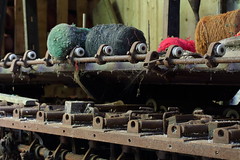