Whittingham asylum preston, whose grounds adjoin the village of Goosnargh, grew to be the largest mental hospital in the country, and pioneered the use of electroencephalograms (EEGs). During its time it had its own church, farms, railway, telephone exchange, post office, reservoirs, gas works, brewery, orchestra, brass band, ballroom and butchers.

In 1866, the three Lancashire lunatic asylums at Prestwich, Rainhill and Lancaster were deemed to be full. The building of Whittingham Asylum began in 1869, originally to accommodate 1000 patients. It was built from brick made from clay dug on site from a pit which later became a fish pond.

The hospital officially opened on 1 April 1873. The Whittingham Hospital Railway was a two-mile private branch to Grimsargh, built in 1887, to provide coal and other goods. It also provided free transport for staff and passengers. It eventually closed in on 30 June 1957.

At the end of the first World War, a part of the hospital (later known as St Margarets Division) was used as a military hospital. It was again used for this purpose during the second World War.

By 1923, the hospital was known as Whittingham Mental Hospital. By 1939, the number of patients was 3533, with a staff of 548, making it the largest mental hospital in the country. The hospital eventually closed in 1995.

It is planned to build 650 new homes on the site and to preserve some of the hospital buildings as apartments. However, the plan will not proceed until a date for the construction of the Broughton bypass is known. 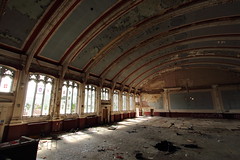 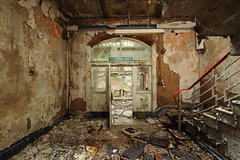 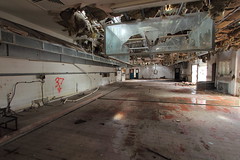 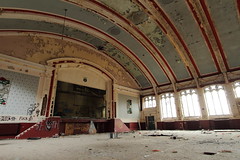 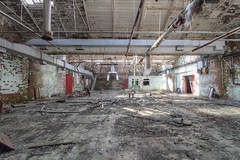 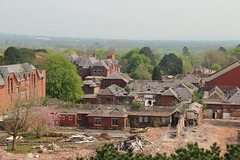 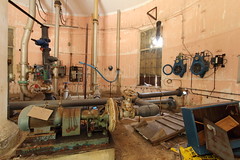 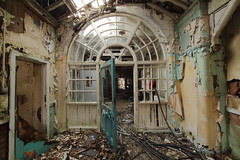 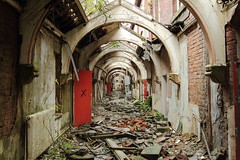