visited on 4 different trips over a couple of years, and ive never bumbed into anybody whilst exploring the place, since my last visit there has been demolishing some of the buildings. some of whats left is listed and is going to be converted.

History:- Almost as soon as this asylum opened, It was taken over by the military during World War I. Close to the End of its war duties the site was then returned to Gateshead who then added a nurse’s home in the period between 1927-1928 and also modified the isolation hospial to form a sanatorium for tuberculosis patents. During this time further pressure was put upon the County Durham Mental Hospital which then led to a union with the neighboring county boroughs of  West Hartlepool And South Shields during the 1930’s. This joint funding and a high demand for further space provided impetus for major additions to the Stannington Hospital which would be completed in 1939.

The buildings where built in plain red brick with slate roofs, the new units that where built provided 10 further pairs of staff cottages, two additional blocks flanking the mail building, male and female detatched working chronic blocks and a large admission and treatment hospital with consalescent villas placed north of the site.
World War II led to the development of a emergency medical services hospital to the north of the admission unit, which was also requisitioned. Peacetime brought about the creation of the National health service, under which the hospital became known as St. Mary’s – named after the Stannington parish church. The emergency hospital was converted to house mental defectives. Resettlement and closure led to retraction of wards and services back into the main building, with the areas to the north closing first. Despite the hospitals remote location, and considerable distance from it’s catchment area, it remained open as late as 1995 when most surviving facilities were relocated to Bensham general hospital. 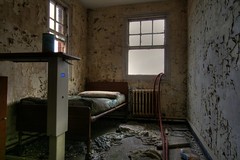 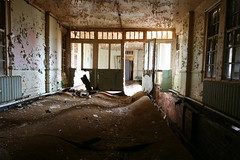 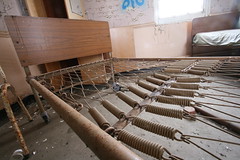 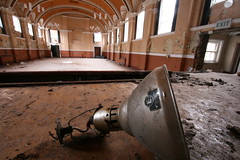 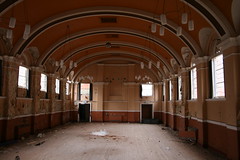 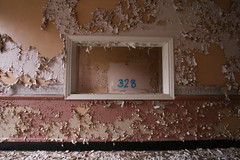 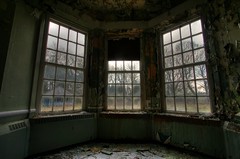 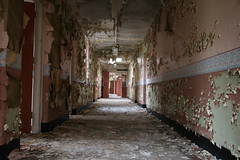 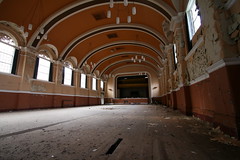