These pictures are taken over about 10 visits to preston odeon cinema after first being reported by myself and Over 4 years ago, its one of my favorite places ive been and i hope one day it can be restored to a working cinema in the city centre. some of the pictures have been used without permission by the local media (tv and paper).

It is a huge structure, PCT bought up an unfinished but largely complete cinema planned to open as the Coliseum and seat 900 and turned this auditorium into the crush hall! They then employed architect W. E. Trent to build a sumptuous cine/theatre behind the existing structure complete with full stage and cafe. There was seating for 1,450 in the stalls and 670 in the single balcony. The New Victoria was equipped with a Wurlitzer 2Manual/9Rank organ that was opened by Leslie J. Rogers.

PCT were taken over by Gaumont and the cinema was re-named in 1952. It closed for sub-division in 1962 and reopened on 28th January 1963 with the circle extended forward to create a new (and much plainer) Odeon with 1,229 seats. The re-opening film was Norman Wisdom in On the Beat and was attended by film star Leslie Phillips and comedian Stanley Baxter. Odeon 2 was opened in 1970 using the former cafe space and seating 105. The stalls became a dance hall with a new fully sprung maple floor installed.

The whole complex closed in September 1992 and the upper parts of the building remain unused in 2008. A nightclub operates from the former stalls/dance hall section. 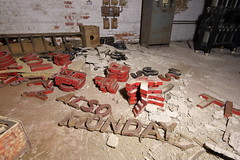 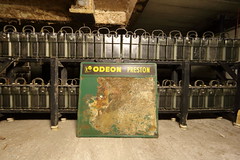 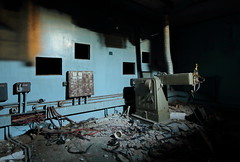 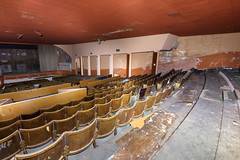 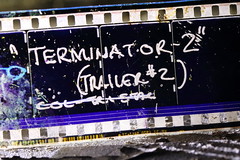 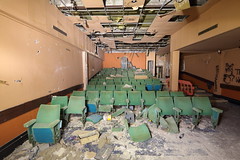 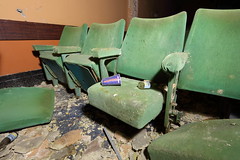 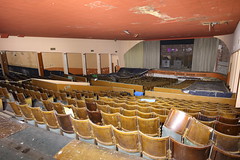 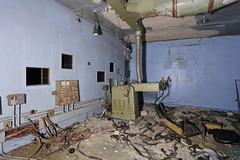