Octel Amlwch also known as Octel Bromine. A site I’m surprised we went to visit as Katia normally puts up a fight to avoid an industrial location. Without asking questions we hit the road for the drive over, it was a fairly relaxed explore and was and rather easy apart from the tremendous wind coming in from the sea trying to blow you over while walking between buildings. The buildings left all had something left in them and there was plenty to take photos of including the onsite medical rooms.

The site on Anglesey was used to extract Bromine from the sea water to make a product called DPE. It was then sent on to Ellesmere Port for the production of anti knock compound which was used in leaded petrol. More history can be found here from an old worker of the site. 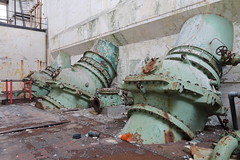 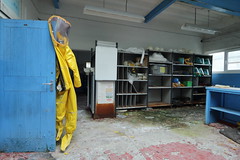 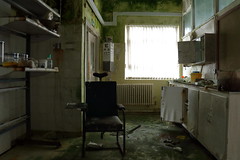 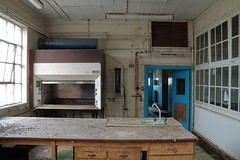 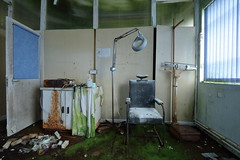 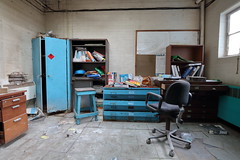 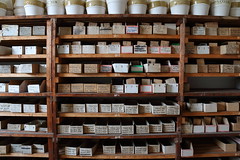 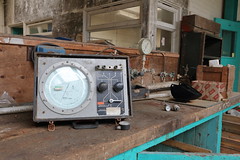 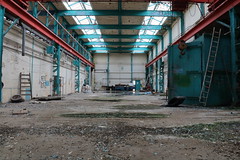