This site was a rather unique. There ain’t many of theses around. It was an early morning start as usual for something like this in a city centre. It was easy to get into no matter what people said at the time. We only really saw the 2 trade halls on this visit because there was word of alarms on the lower floors. The Liverpool fruit exchange will be a hard building to reuse because of the layout of the trade halls.

* It is a rare survival of an early C20 fruit exchange, converted from an earlier goods depot.
* It has a well detailed exterior and significant surviving internal decorative elements to the former exchange halls and public areas.
* Its external design incorporates imagery related to its function, such as stained glass windows depicting garlands of fruit.
* Although the lower ground floor has been converted into public houses the original layout of the upper floors remain clearly readable.
* Many of the original features survive including the two exchange halls, and the elaborate public areas that retain original stone stairs, decorative metal balustrading, tiled walls, and Ionic supporting columns.
* The main exchange hall is an unusual irregular heptagon shape and along with the adjacent smaller hall retains its original tiered seating, panelling and decoration.
* The building represents the growth and development of trade within Liverpool during the late C19 and early C20, and the emergence of Victoria Street as the regional centre of the fruit and provision trades.
* It has group value with the adjacent grade II listed Produce Exchange Building. 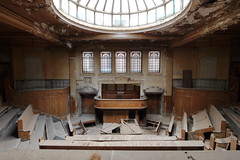 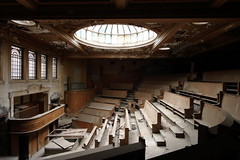 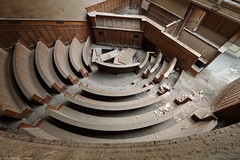 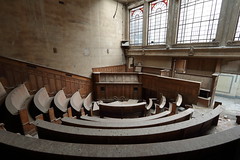 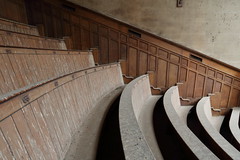 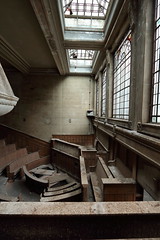