It opened on 11th June 1932 with Gene Gerrard in “My Wifes Family”. Built for an independent operator, at the time of opening it was Liverpools largest purpose built cinema. Seating was provided for 1,280 in the stalls and 668 in the circle. The side-wall decoration was rather plain apart from plaster cast leaping stags above the circle level, a design which was copied on the original screen curtains. The proscenium arch had wings containing a series of vertical gold ribs on each side, which were lit by concealed lighting. The theatre was equipped with a stage, and dressing rooms, a Christie 3Manual theatre organ and a cafe, which had a Chinese decorative treatment.

It was taken over by Associated British Cinemas(ABC) from 12th June 1935. By the end of the 1950s the cafe had closed and the space became the district offices for ABC. The Christie organ, which was played regularly into the mid-1950s, had been sold and removed by the end of the decade. It was re-named ABC in December 1962 and continued until 22nd January 1972 when it closed for modernisation. The rear stalls under the circle was converted into a Painted Wagon pub, which had its own seperate entrance on West Derby Road. The circle was re-seated and re-opened with 636 luxury seats. The original proscenium and the side walls were covered with a curtain material and the front stalls area was left un-used.

It re-opened on 27th March 1972 with Ali McGraw in “Love Story”. In 1975, the ABC was only open for evening performances and it closed on 9th July 1980 with a John Travolta double bill “Grease” and “Saturday Night Fever”.

However all was not quite lost as it re-opened the following day under a new name Carlton Cinema by an independent operator. Unfortunately, this was not to last long and final closure came on 4th December 1982 with Nastassia Kinski in “Cat People”.

The cinema has been empty and unused for the past 25 years and has become derelict, although the bar still remains open, now re-named the Lord Derby. 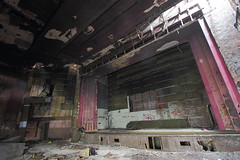 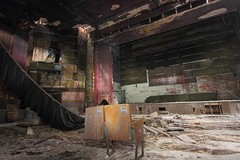 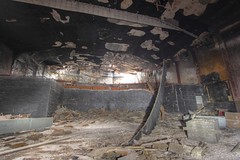 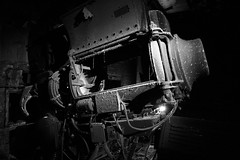 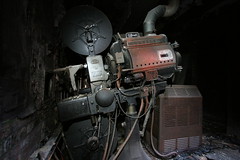 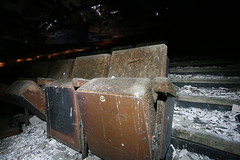 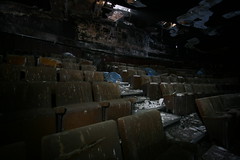