The Burnley Empire Theatre of Varieties was opened on 29th October 1894.  It was designed by architect G.A. Rawcliffe, and could seat 1,500 in orchestra stalls, dress circle and gallery levels.

In 1909, it was taken over by James Pringle and films were then part of the programme.  The auditorium was reconstructed in 1911, to the plans of noted theatre architect Bertie Crewe and seating increased to 1,808.  Re-opening on 11th September 1911, it then remained the leading theatre in Burnley until 1930.

New owners took over and it was converted into Burnley’s ‘Superior Talkie Theatre’.  Some use was made of the stage over the years, but it was mainly now used as a cinema.

The last use of the stage at the Empire Theatre was on 29th October 1966, after a weeks run of the Burnley Light Opera Company production of “The Merry Widow”.  In the 1990’s it became a Gala Bingo Club, and remained so until they moved to a purpose built bingo club in another part of town in 1995.

The Empire Theatre was designated a Grade II Listed building by English Heritage in 1996.  In 2011, the building still stands unused.

The disused upper level already shows signs of fairly extensive water damage and rot (there was a few floors falling threw and stair cases missing) and while were there plaster was falling off a stairway roof at random intervals. now with a false ceiling inserted half-way over stage. Flat, paneled ceiling with circular centre panel. Restrained plasterwork on balcony and box fronts. Three boxes and the upper balcony have been partitioned off. 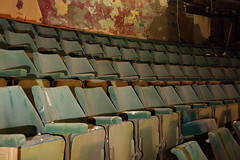 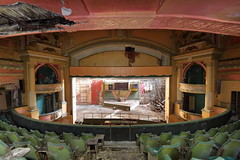 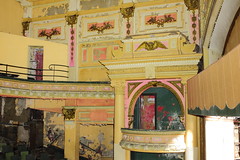 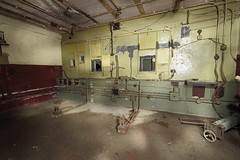 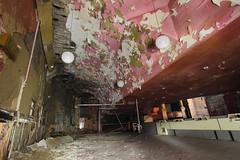 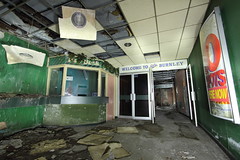 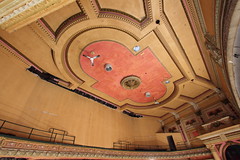 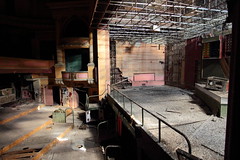 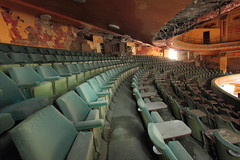