this is a site i had wanted to see for a long time and i was so glad when i managed to make a trip over to see the huge old bradford odeon site for myself. visited with BB and BA

Opened on 22nd September 1930 as the New Victoria Cinema, it was built for and operated by Provincial Cinematograph Theatres(PCT) and Gaumont British Theatres chain. An enormous and very elaborate cine-variety house, the New Victoria Cinema had 3,318 seats a stage 70 feet wide and 45 feet deep, a cafe, a ballroom, 10 dressing rooms and a Wurlitzer 3Manual/10Rank theatre organ, which was opened by organist Leslie James.

The style was done in Italian Renaissance and the seating was split between stalls, mezzanine circle and balcony, the latter two were entirely different levels but the balcony did not overhang the circle. An enormous dome dominated the ceiling with a frieze running around three sides of the auditorium just below the ceiling. The projection suite was located between the two upper tiers.

The architect of this super cinema was William Illingworth, and when it opened it was one of the largest cinemas in the UK. It remained in the top 10 of the biggest cinemas until sub-division in 1968.

The stage was well used by companies such as the major touring Ice Spectaculars, the Royal Festival Ballet and pop stars from The Beatles to Buddy Holly.

It was renamed Gaumont in 1950 but closed for alterations 30 November 1968. The circles were amalgamated into one level and split front to back to form two new cinemas seating 467 in Odeon 1 and 1,207 in Odeon 2. The stalls became a separate 2,000 seat bingo hall. The stage remained intact but was never used again. The new complex re-opened 21 August 1969 and the name changed to Odeon after the closure of the original Odeon (closed and demolished immediately after closure).

Later in 1987 the former ballroom was converted into the 244 seat Odeon 3. The magnificent original decoration was no longer visible in the auditorium areas and the resulting cinemas were comfortable but extremely bland.

A new entrance was formed for the cinema in the centre of the facade whilst the bingo hall retained the original grand entrance in one of the two domed towers.

The bingo operation was the first to close and the ground floor was boarded up. In 2000, a new 13-screen Odeon multiplex was constructed out of the town centre on the edge of Bradford and Pudsey, and the 3-screen Odeon closed on 2nd July 2000. The building is now deteriorating rapidly. Even if it were to reopen as a live concert or performance venue (unlikely) the sumptuous interior is irreplaceable.

Had it survived intact for just a few years more it would undoubtedly been listed and gained some redevelopment protection. The building has been under threat of demolition and redevelopment for several years, but many local citizens have opposed this and are trying to save the building. 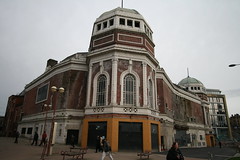 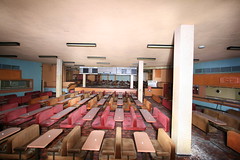 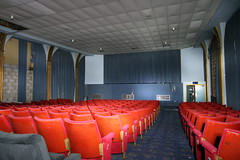 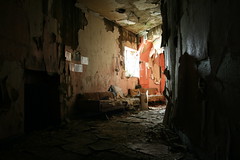 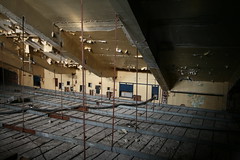 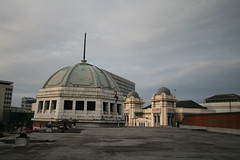 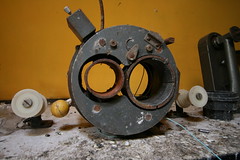 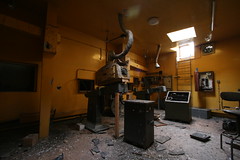 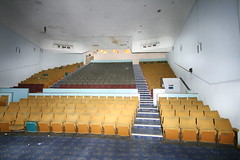 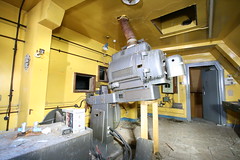